You may or may not be concerned about the end of the solar system as the sun expands into a red giant in 5.5 billion years. You may only be amused by the search for asteroids and comets that may intersect the orbit of earth, and the effort to deflect them. You may not be aware that due to changes in the heliosphere and the geomagnetic field, the solar wind and cosmic particles are becoming a serious threat to communications, navigation, electrical utilities, integrated circuits and the archives they protect. In the near-term, this combined threat will start in 2011 and peak in 2012. There will be a reprieve during solar cycle 25 and a bigger threat during solar cycle 26. It's only going to get worse as the Earth's magnetic field weakens. Even during low solar activity, solar storms like the Clarrington Event can still wreak havoc.

sodium. It normally results in a dipole magnetic field for the planet.

During the last 20 years, the geomagnetic field has become erratic. Aeronautical maps used to allow aircraft to land using automatic pilot systems have accordingly been revised.

The Southern Atlantic Anomaly has forced satellite operators to change the orientation or configuration of satellites before they pass over the region during a solar flare. Commercial aircraft must divert or risk a loss of communication. The anomaly has led many scientists to believe a field reversal is imminent. 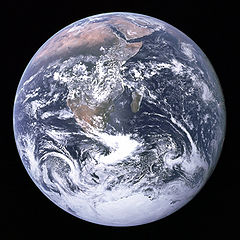 The geomagnetic field normally deflects the solar wind around the planet such that it only interacts with the ionosphere, where the charged particles (electrons and protons) from the solar wind are trapped and flow to the poles as evidenced by auroras (auroras from space).

The radiation from coronal mass ejections (CMEs) are often associated with solar flares. CMEs are strong enough to deform the existing geomagnetic field.

NASA's five THEMIS spacecraft have discovered a breach in Earth's magnetic field ten times larger than anything previously thought to exist. When this happens, solar wind can flow through the opening to charge the

magnetosphere, which can result in communication and electrical power disruptions like that which disabled the Canadian grid. Exploring the mystery is a key goal of the THEMIS mission, launched in February 2007.

On June 3, 2007, when the five probes serendipitously flew through the breach just as it was opening. On board sensors recorded a torrent of solar wind particles streaming into the magnetosphere, signaling an event of unexpected size -- 1027 particles per second flowed into the magnetosphere -- an order of magnitude greater than what was thought possible. It's long been believed that holes in Earth's magnetosphere open only in response to solar magnetic fields that point south, and those that point north reinforce the geomagnetic field. This breach opened in response to a solar magnetic field that pointed north.

Since 1901 the overall magnetic field of the Sun has increased by 230 percent. Some of the sunspot activity in this last cycle was greater than anything ever recorded.

For reasons not fully understood, CMEs in even-numbered solar cycles tend to hit Earth with a leading edge that is magnetized north. Such CMEs may now open a breach and load the magnetosphere with plasma just before the storm gets underway -- a perfect storm.

Every 10–11 years, the number of sunspots increase from 0 (solar cycle 23 in 2008) to over 400. The solar flares and other disturbances emanating from the sun during increased sunspot activity result in an increased solar wind and harmful radiation (ultraviolet and x-rays).

Sunspot Cycle 24 will peak around 2012. This sunspot cycle will be 30-50% stronger than the last one and begin as much as a year late, according to a computer model of solar dynamics developed by scientists at the National Center for Atmospheric Research (NCAR). In a series of test runs, the newly developed model simulated the strength of the past eight solar cycles with more than 98% accuracy.

2008 has proven to be an anomoly indicating that solar partical flux does not necessarily correlate with sun spots.

On August 28, 1859, auroras glowed and shimmered all over the American continent as darkness fell. Many people thought their city was aflame. The instruments used to record this magnetic fluctuation exceeded their limit. Hit by a massive voltage surge, telegraph systems malfunctioned. A study by the MetaTech Corporation revealed that an impact similar to that of 1859 would incapacitate the entire electricity grid in North America. Even the relatively weak magnetic storm of 1989, disabled a Canadian hydroelectric power plant that left 6 million people in the U.S. and Canada without electric power for nine hours.

According to the Laboratory for Atmospheric and Space Physics at the University of Colorado in Boulder, related consequences of a major undeflected solar event include potable water distribution affected within several hours; perishable foods and medications lost in 12-24 hours; immediate or eventual loss of heating/air conditioning, sewage disposal, phone service, transportation, fuel resupply and so on. Outages could take months to fix. Banks might close, and trade with other countries might halt. Emergency services would be strained, and command and control might be lost.

The heliosphere is the furthest extent of the solar wind. It extends more than a million miles an hour from the sun. It has shrunk by 20 per cent over the past decade, allowing 20% more high energy electrons to strike Earth. The heliosphere is at its lowest level since the space race began 50 years ago. The IBEX probe is intended to determine why.

If the heliosphere continues to weaken, scientists fear that the amount of cosmic radiation reaching the inner parts of our solar system, including Earth, will increase to disruptive levels. The reversing and declining geomagnetic field compounds the concern.

Though smaller, Mars likely had a magnetic field similar to that of Earth. When it lost its magnetic field, its atmosphere was stripped away by the solar wind, and its oceans evaporated. If further research indicates that Earth will follow Mars into inhospitality, the deadline for mass migrations of life from Earth to another solar system is near the year 3500. That leaves precious little time to master interstellar travel, find suitable planets, and master terraforming.

On 2010 September 16 a History Channel episode on the magnetosphere entitled "Magnetic Storm" revealed that the power grid is humanity's Achille's Heel, because other infrastructure like water and fuel pumps need electricity to work.  It takes six months to build a replacement transformer in a major city.  It will take ten years to repair the electrical grid.  In that time, one-third to one-half of the population of the developed world will die.