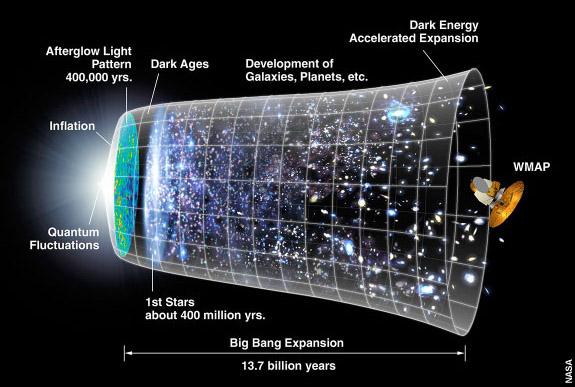 Perhaps life is not the only thing that evolves. 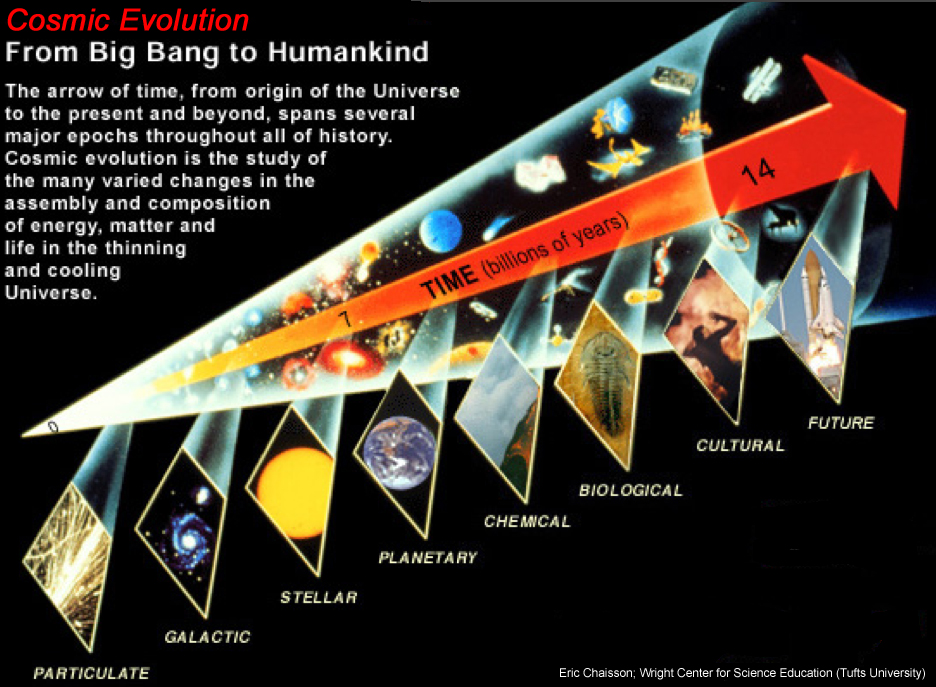 This represents only 5% of the mass of the universe.

For the 5% to exist a number of "Conspiracies that achieve complexity" must exist for quarks, gluons, electrons and protons to exist. For example, if protons and electrons were heavier they would degenerate into neutron mater. If neutrons were heavier, then deuterium would not combine, and only hydrogen molecules would exist. 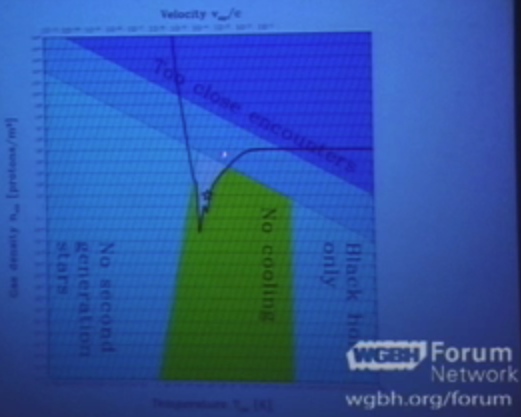 Include other factors and the "sweet spot" of our physics gets even smaller:

Perhaps this is evidence of successful physics evolution.

The remaining 95% of the universe is dark matter and dark energy of which 70% is dark energy. Dark matter clumps, but not as much as normal matter.

Dark energy is pervasive and uniform, so there is nothing to show.

Perhaps dark energy is all there is during the "dark ages."  Prehapes it is the basis for both light and dark matter, and dark matter represents evolutionary failure.